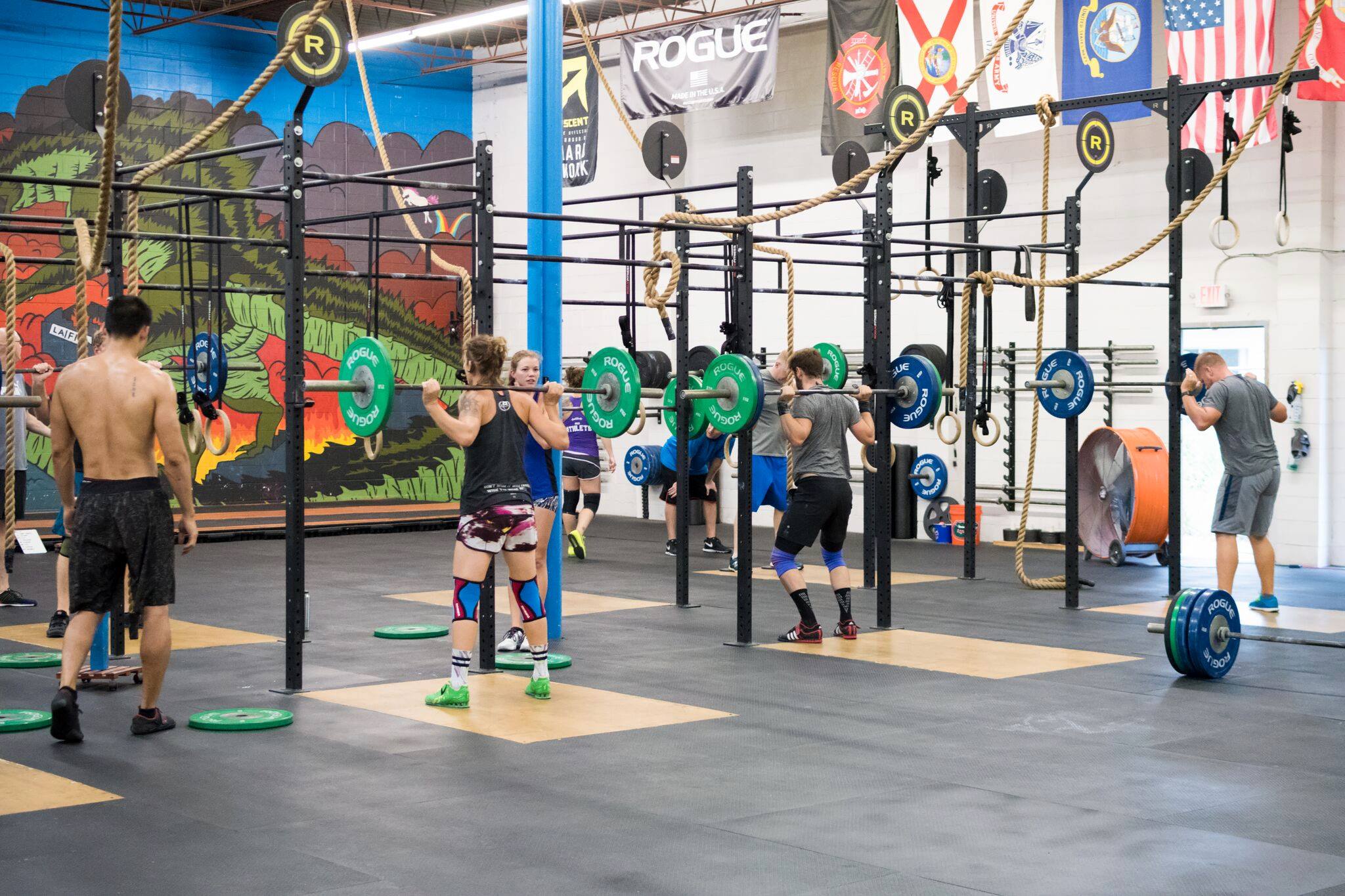 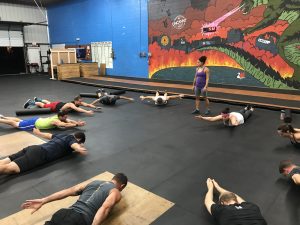 “For him,” says Worrell, “The answer is always ‘Of course we’re working out.’”

Not only is McDowell a sure thing when it comes to showing up to the 5:30 a.m. weekday Uncanny Fitness class, but so, too, are seven other men who show up to be part of a workout wolf pack that McDowell, along with Worrell, started in 2009.

Before they became the Warrior Eight, they were in a workout slump. The pair, who have known each other since age 10, played sports competitively in high school and college, but then fell away from weights and cardio.

Says McDowell, “You stop after you’ve been forced to work out for years.”

The change came one day when the two were at the beach in 2009. 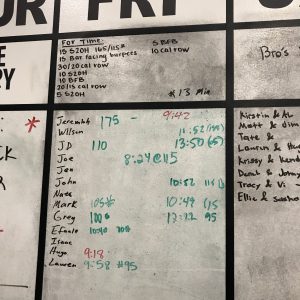 “Wilson was always the organizer for the workouts,” says Worrell, adding that they’d show up to the YMCA carrying books and notebooks to help guide them through exercises.

“When people saw that we were getting in really good shape, we would pick up folks,” says Worrell.

“We were doing things, like Olympic lifts, that not everybody was doing back then. People kept asking to work out with us because they said it looked fun,” adds McDowell.

Quickly the two became four, five, six and then eight.

“We were and are pretty open. If someone wants to get better at working out and we know that, we welcome them. It’s not exclusive. We just want to make sure you’re committed because that’s what keeps us excited,” says Worrell, a commercial real estate broker. 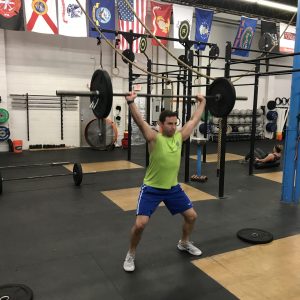 “I’m a competitive guy, and all of us are professionals and executives who yearn for that competitiveness,” says McDowell, managing director of a commercial real estate company.

Not only was McDowell organizing the workouts, he was also creating 12-week competitions and T-shirts for members of the group.

“I remember one year everybody had a quote on the back on their shirt.  Mine read “I pick things up and put them down.'”

Then in February 2018, the McDowell and Worrell met Kuang Wei Huang.

Says McDowell, “I knew our routine had gotten stale. We needed to mix it up.”

He’d been sourcing workouts from the pages of Men’s Health magazine and online articles about Fitness, but figured it was time to make a change. McDowell and Worrell knew right away that they were ready to make the switch to Uncanny.

So why did the rest of the crew come too?

“Peer pressure,” laughs McDowell. “Really though, after we left, a couple guys told us that it was boring and they asked if we would come back. We told them they need to come over here.” 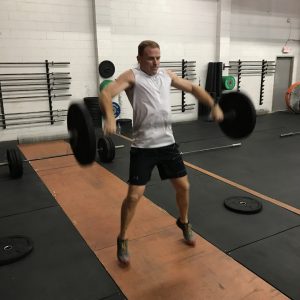 Now, they’re all regulars at the 5:30 a.m. class, and they keep in touch via a WhatsApp group chat.

“If we don’t hear from someone for a while, we give them sh*t for not showing up,” says McDowell.

Adds Worrell, “Or we introduce ourselves the next time we do see them at the gym.”

Which is all just part of the group’s sense of humor. For them, working out is guy time, and they all like to prod each other.

McDowell tells the story of a time when he and Worrell, along with their crew, were working out at the Y. Worrell was on the other side of the gym, and noticed that McDowell was spotting someone who was bench-pressing the bar with 5-pound weights on each side.

McDowell says of Worrell, “He yelled across the room, ‘Wilson, Jamie forgot to put weights on the bar. You might want to show him how to do that.’”

The laughter is part of what keeps the workouts fun, and the crew committed.

After all, says McDowell, “Everybody wants to be a part of something.”